Is there any clarity on 700 MHz Band Spectrum? 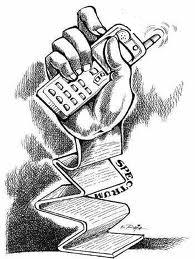 Recent comments by DoT over TRAI’s Spectrum recommendation hasn’t helped it either. TRAI has given primarily two main recommendations about the spectrum in 700 MHz Band.

Government has released National Frequency Allocation Plan-2008, which is effective from 1 Apr 2009. DoT has acted positively on above recommendation and stated that:

” IND 37 In the context of band 585-698 MHz, bearing in mind that the band is predominantly for broadcasting services which include Mobile TV, requirements of IMT & BWA subject to availability of spectrum in the frequency band 698-806 MHz may be considered for coordination on case by case basis as appropriate.”

However DoT has stated that before 698-806 MHz spectrum is allocated to IMT services, which is currently used by Ministry of I&B, will need to refarmed. This is under examination.  Also band 585-698 MHz is predominantly used by broadcasting services & requirement of IMT/DoT for reallocation will be examined on case by case.

So depending on availability of spectrum in 698-806 MHz band, vacating 586-698 MHz band decision will be taken.

That’s the reason, I always maintained to keep close watch on Policy disruptions & in particular spectrum management issues. BTW does anyone know, in which band Tata has launched Mobile TV services?

Are we aware of Telecom Policy Disruptions in India?

Is this a Telecom 'Dip' or Telecom 'Quit' moment?

Learn from mistakes & move on- Telecom Industry should look at Silver Linings amid Spectrum Scam!