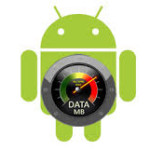 Over the years, since launch of 3G aka ‘High Speed Network’ in year 2011, Indian Telecom market is slowly getting accustomed to growing data revenues as part of service revenues. So till year 2011, we hardly talked about ‘Data’ as revenue, we focused on ‘VAS’ to identify non-Voice revenues. With launch of 3G & later 3G+ network, albeit slowly, by Telecom players, Smartphones have made major inroads into Indian households, causing data deluge. With growing OTT market, trend is set for enormous data usage in coming years & Opcos find themselves in relatively tight position- mainly because of two facts. One- rollout of network infrastructure to support data growth, which is mainly coming from ‘Smartphone’ users. Second- earning money from ‘Data’ usage in highly competitive market by keeping ARPU high. The problems aren’t unique, but story is different here.

We can call it as chicken-egg problem, if we wish to. You can’t add subscribers, if you don’t have network. So network always comes first before revenue starts pouring in. Opcos have tried to balance this issue, somehow, as cost of rolling out network requires huge sums of money. The cost grows year-on-year. We can have some tradeoffs, but it again requires costs to manage costs. For this reason, media or even industry outsiders often found reasons not to believe in ‘Data’ or rather 3G Story of India. Some of them even tried to put-off the topic to rest.

Now, after four years, Indian Telecom market stands good on its own feet. We are reaching tipping point & next year (2015 onwards) we can surely be sailing high. It’s just not the question of statistics but ultimately of making Industry survive. We can either talk about Stats and nag about it or make money.

But I got two problems in current scenarios, despite shown full faith on Opcos strategies. It’s sort of off-balance, if we look from subscriber’s point of view.

First one is fragmentation of data usage. Let’s take a typical example. I got three options with me for ‘Data’ access. First one is Smartphone data. So I’m subscribed to these ‘Data’ plans in limited categories to remain connected on the go on my ‘Smartphone’. Second one is Mobile data, where I carry some data sticks (USB Dongles) of at least one Service provider (preferable 3G/3G+), who guarantees me decent speed, while sitting in cafes or Airports or even on-the-move. The need to identify or keep Mobile data from Smartphone data separate can be just because of ‘Business/Work’ & ‘Personal’ needs. Third one is little tricky. I got a ‘High Speed Wi-Fi Hotspot’ at my home, which is my first priority network, when I’m at home. Somehow, I’m still finding it hard to replace Wi-Fi at Home with 3G+ Dongle, and quite happy with Wi-Fi. In fact, recently I upgraded my 802.11n Hotspot to 802.11ac (@some good cost), but finding it value for money, given the fact that, no existing Opcos give me the speed on their 3G+ Network even comparable to Wi-Fi speeds.

Second issue is fragmentation of revenue & monitoring the usage. One of the toughest thing, which I came across these days, is to monitor total usage (data/revenue), across all modes, and keeping it from exceeding the limits. While Opcos do have their ways to inform about usage, I often get irritated with the way, definitions are modified.

So where are we now? With three modes/access methods, although I find it satisfactory in-terms of data speeds, cost paid for getting things done is quite high. Moreover, with growing data consumption & rising data tariffs, it’s hard to sustain this model of usage, and something really needs to be done for this fragmentation.

There’s nothing an Opco can do about this immediately, except to make ‘Data’ tariffs more affordable (which they can’t just because of two facts mentioned in first para). With rollout/up-gradation of ‘High Speed Network’ infrastructure for consistent coverage/experience, probably in coming months, I might want to turn-off ‘Mobile Data’ or ‘Wi-Fi’, either of these two. I can’t choose anything but to curtail ‘Smartphone’ data usage, but can’t put it off.

Overall, with growing data demands & consumption, a typical subscriber is looking for less fragmentation of data access methods, with affordable tariffs. And we all know that’s not going to happen soon.

Guest Blog: Tips to choose an awesome domain name for your online store!

All you want to know about DoCoMo's 'Pay per Site' Data Tariff Plan! 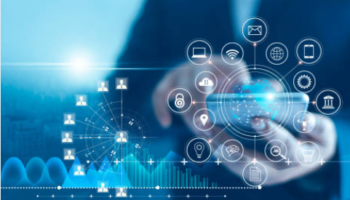 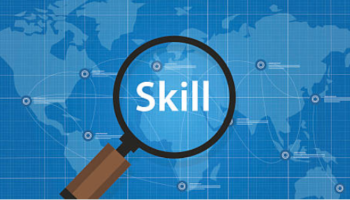