(This Blog was written in Aug-08 & was published in SiliconIndia Sep-08 Print Magazine.)

The other day I was wondering about few things, and one of them was communication wonder. How much world has changed? Could we really communicate in a better manner than our earlier generation? Communication Technologies revolutionized our way to communicate. Have we thought of having a mobile phone, accessing emails sitting inside a metro at a speed of 60km/hr? At least a person borne in India would hardly think of it. But again I was wondering how dose it help us? What has really changed in India?

Some years back talking to my grandpa, I noticed one thing which I felt it was very normal from my point of view. This was in 1998, some 10 years back. We recently got a cordless phone connected to land-line in our house and whenever he thought of talking to his daughters, he used to ask me to bring receiver and dial a number. After the phone was over, he used to exclaim in deep satisfaction “I never talked to my daughter sitting on bed from home, I never thought of becoming it reality someday “. It was just a magic of a wired connection of DoT, India. Though, I never understood why he used to say like that, but now I am getting a bit of his words.

Coming back to point, what future of communication promises to us? News is coming from DoT that it will start on-line auction from October this year, which will really speed up the process of 3G coming to India. In fact Indoor trial of 3G were performed by most of the operators in India. So outdoor testing of 3G will be soon underway or may be it is going on already. Everything seems to be fine and going well.

But my real concern is that, how 3G will help masses in India? What a person in rural India has to do with 3G? Mobile broadband seems to be a long and complex word for all of us. Do I really want to watch videos on mobile? What will happen if I stick to wire-line broadband whose cost is becoming cheaper day by day? At what cost 3G services will be offered? Will there be any congestion problem? And so on….

I primarily use my mobile phone for Voice and SMS. I haven’t used mobile for sending MMS, yet. I don’t use GPRS on mobile which is very slow at the time of writing. I frequently face congestion and dropped calls on mobile. I have to go out of house to receive a call and talk to my friends in Delhi. I hear lots of crosstalk on mobile many times. Oh…so many complaints about 2.5G…..what should I do? What do I expect from Indian telecom operators? High data rate of broadband to chat on mobile or seamless connectivity of mobiles across India. I feel no one can sort out this.

Every person uses mobile for different purposes in India. But in India primarily mobile carries voice traffic with lots of SMS. Revenue generated by VAS, though isn’t very high, GPRS revenues are yet to increase higher. Many of my friends use Internet at Office, cafes and at home. Wireless Internet appears to be slow for even checking mails. So have I given a choice to move to 3G?

Recently Airtel launched VAS service in AP helping farmers to know about weather, market status for crops etc. This is what I expect to see in India when 3G comes. 3G should be application oriented. It should help masses to solve their daily problems. If it promises to value add to 2.5G, it must value add to our life in the manner which was long awaited.

What a fruit vendor or roadside Dhaba owner or rickshaw owner or a farmer has to do with 3G? How many people use Wireless internet? How many people are having broadband connections at home? What is penetration rate of Internet in India, even after 14 years of usage? 3G promises so many things in theory but my views say that the implementation of 3G in India may not change many things in one shot. It will take long long time to realize the dreams of a farmer to actually sit on mobile broadband connection to see weather forecast in their region. Coming generation may use it for sake of using, but real masses of India should not be ignored in a revenue generation process after implementation of 3G.

From where the operators will get revenue? What will happen to current 2G network? Will users be allowed to use cheap and cost effective services of 2G? Erecting a Cell site in village where the next cell site for connectivity is more than 30km, how 3G is going to be implemented is a real question. Rural India is different than urban India, everyone knows it. Should we use WiMAX for rural connectivity? Cheap last mile solutions at urban sites are still not in sight, forget about rural connectivity.

I often felt that communication has more to do than revenue generation in India. It should be people oriented, it should be need oriented and it should be helpful for masses to great extent. Increasing ARPU is always going to be aim of a operator, but just think beyond, think of those people in rural India who still have to travel kms to make a phone call and believe me so many are there. Enriching urban market with new 3G phones should not be the only target of operator, think beyond, think masses, think applications, all in Indian perspective coz this is going to be different and this is going to be tougher than any 3G implementation in world. 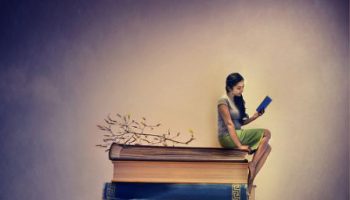